Most readers recognize a handful of paradigm technology shifts underway; a move to electrical, then autonomous electrical vehicles, a move to blockchain technologies, and artificial intelligence.  The commercial use of drones also represents a prominent paradigm shift, but that doesn’t mean all drone-related companies will thrive. On the hardware side, the drones themselves, the competitive landscape is fierce and heavily dominated by a few privately-held Chinese firms.  There are probably thousands of groups competing to make drones that can fly longer, faster, safer and can carry (larger / heavier) payloads.  This is going to be really good for drone users….. not so much for drone makers.

Unless one happens to be connected to a private equity fund in Silicon Valley, there’s probably little chance of investing in a blockbuster on the hardware side.  The biggest winner by far has been Chinese leader DJI Technologies with a reported valuation nearing US$ 10 billion.  Drone Delivery Canada (“DDC“) {CSE: FLT / OTCQB: TAKOF} is a company I like that’s not battling on the hardware side.  It has developed a highly sophisticated software platform for commercial drone delivery services in Canada.

On the drone logistics / software side; the ecosystem underlying commercial drone businesses, the number of competitors is far less, albeit giant companies like Google and Amazon are involved.  But barriers to entry are high because, unlike on the hardware side, software teams have to deal with the really hard stuff regulation, compliance, legality, safety, privacy.  Rules, protocols & industry standards have to be in place and well understood to support a complex and ever evolving network of flying robots.

In an environment like this, a “first mover” advantage makes a huge difference.  DDC is poised to become an, “air traffic control” for drone delivery, a railway in the sky, the first of its kind in Canada, proactively working with Federal Regulators and testing.  DDC has over C$20 M in cash, comfortably funding the Company for the next 12 months.  It has received substantial interest from a number of multi-national corporations including Staples, and interested parties from around the world.

Still Too Early to Speculate on Next Year’s Revenues….

Have you ever wondered how online retailers can afford to offer free shipping, especially on low-priced items?  They can’t, it’s expensive, but free shipping has become a necessary cost of doing business.  Every dollar saved on shipping (or fulfillment as Amazon calls it) drops to bottom line profits.  Retailers desperately need to save every dollar because they’re locked in a cut-throat, low-margin business.

The overall supply / fulfillment chain– including savings in manufacturing, shipping & warehousing– with drone logistical networks, will be the largest margin capture opportunity of the next decade for retailers.

Instead of trying to guess how much revenue DDC might be able to achieve, and how soon, let’s try to address how rapidly drone deliveries could scale.  Assume a rural community could support 2,080 deliveries per drone, per year, and that in year 1, a community uses 5 drones.  So in the initial year, there’s 2,080 times 5 = 10,400 community-wide drone deliveries.  That scenario hardly supports the investment thesis in DDC, but it provides a starting point.  NOTE:  {Here’ a great article about DDC’s test delivery market, the Moose Cree First Nation.}

Where did the 2,080 deliveries per drone figure come from?  Assume 1 delivery per hr. (20 minutes each way, drone returns empty, 20 minutes between deliveries), 5 days a week, 8 hours per day.  That’s [40 deliveries/week, times 52] = 2,080.  What if I told you that the number of deliveries in a community could increase by a factor of 100 within just a few years?  How could that be possible?

Increase delivery days per week from 5 to 7, delivery hours from 8 to 18, decrease round-trip delivery-time from 1 hr. to 20 minutes, (in the future, drones will rarely fly empty, there will be lots of short trips) and increase the # of drones utilized from 5 to 40.  Those assumptions would increase total annual deliveries from 10,400 to 1,048,320/yr., a 100-fold increase. Readers should be clear, this won’t happen overnight, but as a first mover with over C$20 M in cash and benefiting from high barriers to entry, DDC has a very significant head start.  It’s well ahead of much larger software companies, because management has been laser-focused on drone delivery for more than 3.5 years.

Skepticism about the actual need of 1 million annual deliveries in a rural community is worth exploring.  However, if one has ever visited an isolated far north community like CEO Tony Di Benedetto did, one gets it instantly.  In very remote locations, running a routine errand can take hours, involve multiple modes of transportation, while polluting the environment along the way.  Nearby drone pick-up/drop-off points would be a win-win-win for the consumer, retailer & community. It’s important to recognize that key factors involved in commercial drone delivery will scale towards higher profits, especially for first movers like DDC.  Think about it.  Delivery drones will become a commodity product, getting cheaper and cheaper, lasting longer, flying further and carrying larger / heavier payloads.

The same way in which the number of deliveries could scale by 100 times in just a few years, the ability to ramp up revenue should scale quite dramatically as well.  Consider being able to ship a C$1,500 Apple lap-top in 2-3 hours instead of 2-3 days… Do you think that Apple might pay handsomely for that privilege?

As DDC’s business grows and it works out the kinks in remote far northern communities, management expects to partner with multinational corporations, retailers, auto parts suppliers, pharmacies, drug stores, supermarkets, hospitals/labs, etc., in what they are calling depot to depot business.  Reading behind the lines, I think that means Canada and most of the world is still several years from ubiquitous drone pizza delivery in urban areas. DDC has exciting prospects in Canada that will play out over the next several years.  In addition, the Company hopes to be in the position to license its software platform to multinational corporations and government entities outside of Canada.  Licensing software is a well-known, high-margin business, and DDC’s software is already developed, (the vast majority of the capital has been invested).

This could be a really big opportunity because regulatory / compliance / legal / safety  / privacy processes are progressing at different rates in different jurisdictions.  For example, the U.S. appears to be about 2-3 years behind Canada with respect to commercial drone delivery.

Licensing is the gift that keeps on giving.  There are no capacity constraints, the software can be sold/licensed again and again and again.  As mentioned, margins are high and revenues recurring.  This model can be compared to Royalty & Streaming precious metal companies like Franco Nevada.  Franco trades at a 22x Enterprise Value (“EV“) to( trailing 12-month) Revenue ratio.  DDC’s EV is about C$ 62 M, so it would not take all that much annual licensing revenue to support the Company’s entire EV.

It’s natural that I would say that DDC is a prime takeover target, given that I’m writing this positive article and I own shares in the Company {see further disclosure below}.  But, it really is the kind of company that would make perfect sense to be acquired by a larger entity.  Stock markets are at all-time highs, hundreds of household names with market caps in the tens and hundreds of billions of dollars are sitting on more cash than they know what to do with.

If one takes the time to sit back and think about what companies might want to own a leader in the future of commercial drone logistics– the number and variety of potential suitors is staggering.  It’s hard for me to get beyond Fed-Ex, UPS and DHL when thinking of companies with the most to lose by not being at the forefront of this sea change.  But there’s also trucking companies like; YRC Worldwide & J.B. Hunt Transportation, retailers; Best Buy, Walmart, Amazon & Staples, drug stores; CVS, Walgreen, supermarkets, auto parts, pharmacies, hospital chains, etc.

In my opinion, there would be good reasons to buy DDC if only to keep it out of the hands of the competition.  Consider automakers like Volkswagen, BWM, BYD — I bet they wish they had acquired Tesla when it was valued at well under $1 billion vs. today’s US$50 billion market cap!  Amazon’s market cap is about US$ 540 billion, I’m highly confident that Amazon, and dozens of its retailing peers, could pull off an acquisition of DDC in a heartbeat.

Early-stage, high-tech companies are risky, especially before revenues start to flow.  Cash burn can be quite high, with operating losses as far as the eye can see.  Drone Delivery Canada {CSE: FLT / OTCQB: TAKOF} has made giant strides over the past 3.5 years in de-risking its business model and positioning itself for robust, profitable operations.  Cash burn is not that heavy, and the Company has over C$20 M in cash.  Commercial revenue is expected to start in 1h 2018 and really pick up in 2019.

As a first mover in Canada, with high barriers to entry protecting it, DDC is a leader in one of a handful of paradigm shifts engulfing the world.  As such, DDC is among just a handful of drone companies (on the software side) leading the way forward in drone delivery systems.  Not just in Canada, but a global leader with a clear technology advantage. 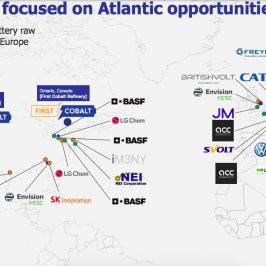 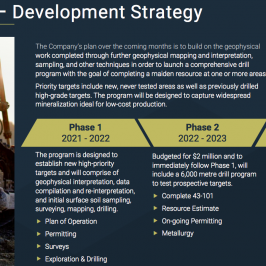