Executive Summary:  Azarga Uranium’s main asset, a high-grade, undeveloped In-Situ Recovery (“ISR”) uranium project in the western U.S., is in the process of obtaining final regulatory approvals required for project construction.  During much of this time, uranium prices have been weak, in fact extremely weak — the spot price as low as ~US$18/lb.  However, Azarga Uranium Corp. (TSX: AZZ) / (OTCQB: AZZUF) could be poised to benefit from a perfect storm of:

1) rising uranium prices (still a long way to go) 2) a U.S. Section 232 petition (see below), 3) significant monthly cash receipts from the farm out of a non-core asset (~C$7.4 M in total over 2 years), 4) final approval to be allowed to begin construction (when the market is ready), and 5) the newly announced (Nov. 2018) Dewey Burdock upgraded resource estimate size.  I see Azarga Uranium as a reasonable takeout target, perhaps sometime next year.  Consider the uranium junior peers in green font in the chart (below left), any of those larger players could potentially benefit from acquiring a premier U.S. ISR asset like that held by Azarga. Uranium prices have been weak for years.  Even if Azarga had been fully approved/permitted for construction of its ISR project a year or two ago, it’s unlikely management would have moved forward with uranium prices so low. {see long-term price graph below}

“Globally, supply has been slashed.  Producers have eliminated more than 35 million pounds of mined supply since 2016.  In conjunction, utilities have been “under buying” in recent years running down stockpiles and contract positions.  All the while, demand in the sector is growing with the global reactor pipeline exceeding pre-Fukushima levels.  Companies such as Cameco have shut down mines and are buying large volumes in the spot market.”

Could Permitting be Coming to an End?

Importantly the ASLB has established procedures for resolution of the final remaining contention.  The ASLB provided the NRC two options to expeditiously conclude litigation of the final contention and has requested a response from the NRC on the preferred option by the end of November.

Yes, there have been head fakes in the past, no one knows for sure where prices are headed.  Over the past 2 years, the spot price is up ~60% to ~US$29/lb. from a low of ~US$18/lb.  Although moving in the right direction, longer-term contract prices are only modestly higher in the low US$30’s/lb.  To be clear, prices in the US$30’s/lb. are still nowhere near what the vast majority of global uranium producers need to operate profitably.  As an example, NexGen Energy just tabled a blockbuster PFS with a base case long-term uranium price assumption of US$50/lb.

Despite the doom and gloom in uranium, there has been positive news for Azarga that the market might be ignoring.  For instance, the Company announced that insiders and shareholders have exercised warrants for proceeds of approximately C$2.4 million.

In addition, the Company’s earn-in agreement for its Kyzyl Ompul project in the Kyrgzy Republic is expected to generate US$60,000 per month commencing 1 September 2018, increasing to US$229,000 per month commencing 1 January 2019, with a final payment on 1 December 2020.  That means from now through Dec. 1, 2020, the Company stands to collect US$5.6 M = C$7.4 M.  C$7.4 M could provide a meaningful contribution towards possible project development costs in South Dakota.  Recall, the estimated upfront cap-ex estimate for Dewey Burdock is a fairly modest US$27 M.

Last week Azarga delivered a new mineral resource estimate of 17.8 M pounds on its flagship Dewey Burdock project alone.  Combined with other positive developments, such as a lower Federal income tax rate, it offers the potential to enhance the economics in an upcoming revised PEA. Importantly, the additional mineralization falls within the existing NRC license boundaries. What is a Section 232 Petition? Why Should Readers Care?

A wildcard that could only help Azarga (a free option) and other U.S. uranium developers / producers is the Section 232 petition review being conducted by the Dept. of Commerce.  Imports of uranium from state-owned / state-subsidized enterprises in Russia, Kazakhstan & Uzbekistan reportedly fulfill nearly 40% of U.S. demand, while domestic production fulfills less than 5%.  In 2017, U.S. uranium production fell to near historic lows and 2018 production could be even lower.  The Section 232 investigation is expected to end by April, 2019.

The Petition seeks a remedy which would set a quota limiting imports of uranium into the U.S., effectively reserving 25% of the U.S. nuclear market for U.S. uranium production.  That equates to about 12 M pounds/yr. Ultimately, pundits believe that this investigation has the potential to create a two-tiered pricing system.  A global price for production destined for non-U.S. consumption, and a price for U.S. domestic production which many believe could be meaningfully higher.  It would take a few years for the U.S. to ramp up to 12 M pounds, therefore Azarga’s Dewey Burdock could benefit.

Recently, Azarga merged with URZ Energy.  The combined company has ~39 million pounds of Measured & Indicated resources in the U.S.  Assets in the U.S. are increasingly important given the Section 232 initiative mentioned above.  Management claims that the Company’s, Dewey Burdock in South Dakota, has a sector leading combination of grade & scale among its U.S. ISR peers.  Adding URZ’s pipeline of assets, including Gas Hills, appears to be a natural fit.  The larger combined company is also better suited to acquire additional western U.S. uranium assets.

Newly acquired Gas Hills is an exciting exploration asset.  The management team is currently working through various studies to determine the feasibility of ISR development options at Gas Hills.  The work that’s been done so far shows that a majority of the resources defined in the Gas Hills projects can be converted into ISR amenable pounds.

I believe that several potential improvements in the Company’s revised upcoming PEA, including a lower U.S. Federal income tax rate, more pounds in the resource, plus the potential for one or more satellite deposits, could make a positive difference in the new PEA’s economics.  In my opinion, if Azarga could show similar results in a new PEA report (strong after-tax NPV, high IRR, low upfront cap-ex) at US$55/lb., that would be compelling.  The existing PEA has a post-tax IRR of 57% & ~C$ 150 M NPV(8%) at US$65/lb. uranium, with an upfront cap-ex estimate of ~C$35 M.

For those who balk at even a US$55/lb. long-term contract price, one only needs to review the history of uranium prices.  Right before Japan’s Fukushima disaster in March 2011, the long-term contract price was in the low US$70’s/lb.  That was 7.5 years ago….. Presumably, most uranium producing locations on the planet have experienced at least some mining cost inflation since 2011. This suggests that a long-term contract price level between US$50/lb. and US$70/lb. is by no means a stretch for 5-yr contracts in the early 2020s.  And remember, in this next cycle most other junior uranium companies will not yet be in production.

So here’s where it gets interesting, only actual producers early next decade will have the ability to benefit from a more robust run-up in uranium prices to say US$70/US$80/US$90/lb.  Let’s be clear, I’m not predicting uranium prices, but it’s certainly possible we could see some elevated levels next decade.  In a global US$70’s/lb.+ world, Azarga Uranium could be printing substantial amounts of cash flow.  And remember, the price might be higher in the U.S. then in other countries due to the Section 232 review.

Is there a perfect storm brewing?  1) rising uranium prices 2) the Section 232 petition, 3) final approvals are received to allow for a construction decision, 4) significant monthly cash receipts for 2 years from the farm out of a non-core asset, and 5) the newly announced (Nov. 2018) Dewey Burdock resource estimate….

Disclosures: The content of this article is for information only. Readers fully understand and agree that nothing contained herein, written by Peter Epstein of Epstein Research [ER], (together, [ER]) about Azarga Uranium, including but not limited to, commentary, opinions, views, assumptions, reported facts, calculations, etc. is to be considered implicit or explicit investment advice. Nothing contained herein is a recommendation or solicitation to buy or sell any security. [ER] is not responsible under any circumstances for investment actions taken by the reader. [ER] has never been, and is not currently, a registered or licensed financial advisor or broker/dealer, investment advisor, stockbroker, trader, money manager, compliance or legal officer, and does not perform market making activities. [ER] is not directly employed by any company, group, organization, party or person. The shares of Azarga Uranium are highly speculative, not suitable for all investors. Readers understand and agree that investments in small cap stocks can result in a 100% loss of invested funds. It is assumed and agreed upon by readers that they will consult with their own licensed or registered financial advisors before making any investment decisions. 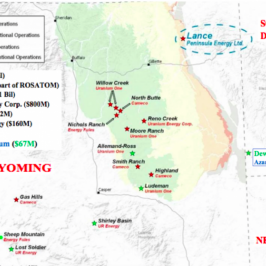 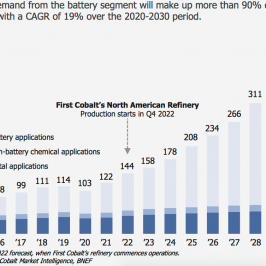 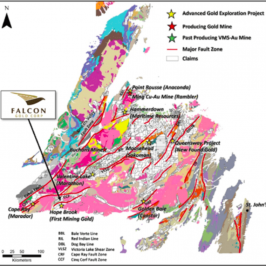 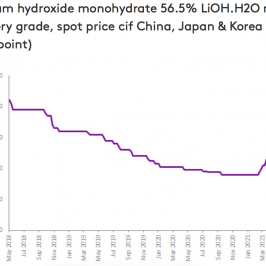 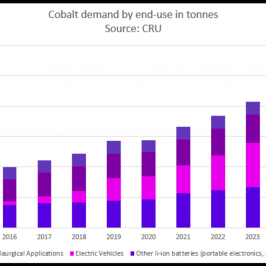 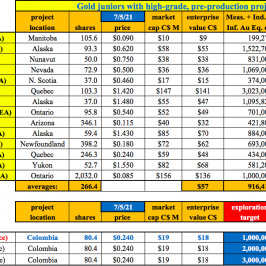