The following entertaining and informative investment overview of Genesis Metals  (TSX-V: GIS) / (OTCQB: GGISF)  was written by James Kwantes. I am publishing it here, without any changes or comment, except to say that I liked the piece a lot! This is a Guest Post, I had nothing to do with writing it. The information contained herein represent the views and opinions of James Kwantes only, not necessarily mine. Please read the disclosures at the bottom of this article.

James Kwantes of Resource Opportunities profiles a gold explorer that recently released a resource update on its project in northern Quebec.

Chibougamau is Cree for “gathering place” and the First Nations hamlet in northern Quebec served as one long before French explorers and traders travelled the area in the 1600s.

Gold was discovered in 1903 and mining companies followed. Fast-forward 116 years and Chibougamau is now an important hub for the Quebec government’s Plan Nord, an economic development plan designed to open up the vast north of the province to new opportunities, particularly in mining. The initiative has elevated a jurisdiction that was already recognized as among the most mining-friendly in the world.

Genesis Metals Corp.’s (GIS:TSX.V; GGISF:OTC) Chevrier gold project is about 35 kilometers southwest of Chibougamau at the western end of the prolific Abitibi Greenstone Belt, a structure that has produced more than 180 million ounces of gold. Mining operations in the region include Stornoway Diamond Corp.’s Renard mine and the Monster Lake high-grade gold project, a JV between Toma Gold and IAMGOLD.

And Genesis continues to gather ounces at Chevrier, in the Abitibi’s Fancamp Deformation Corridor. An updated resource estimate published February 4 shows 423,000 ounces Indicated at 1.22 g/t gold and another 303,000 ounces Inferred at 1.27 g/t gold at the Main Zone & East Zone at Chevrier. Average grades have decreased because Genesis moved to a lower cut-off grade (0.3 g/t in-pit, 0.95 g/t u-g) for the resource update.

“This resource is a significant milestone in the history of Chevrier. We have developed a robust model for gold mineralization in the Main Zone with multiple new targets elsewhere on the property,” Groves said. “With our recently strengthened technical team, we will now explore the potential for expansion of the mineralized envelopes as well as other targets on the 130-square-km property.”

Joining John Robins’ Discovery Group should help Genesis tap into talent and open doors. Robins and Discovery Group principal Jim Paterson have joined Genesis as strategic advisors. The group, founded by Robins in 2005, has an impressive record of creating shareholder value in a dismal market, including:

Paterson has already been key to helping Sundar build out the Genesis team. Paterson tapped into his extensive network to attract three experienced operators for the Genesis technical team: geologists Rob Carpenter and Garrett Ainsworth and engineer/financier Andrew Ramcharan. The trio joined the advisory board in November. Each should help unlock further value at Chevrier, including potential new discoveries.

Carpenter and Ainsworth are familiar names to Canadian mining investors. Carpenter was co-founder and the former CEO of Kaminak Gold and key to identifying the 5-million-ounce Coffee gold deposit purchased by Goldcorp. Among other ventures he is a Director of White Gold, where he is helping legendary Yukon prospector Shawn Ryan explore the White Gold district between Coffee and the Klondike goldfields.

As for Ainsworth, the exploration geologist’s greatest accomplishments have been in the western Athabasca Basin. As VP Exploration for Alpha Minerals, Ainsworth discovered the Patterson Lake South uranium deposit now being advanced by Fission Uranium (which bought Alpha). Ainsworth then spent four years at NexGen Energy as VP Exploration and Development, a period that saw NexGen’s shares soar from 30 cents to above $4.00 as it expanded the ultra-high-grade Arrow uranium deposit in Saskatchewan.

Andrew Ramcharan, an engineer and graduate of the Colorado School of Mines, was Managing Director of Project Evaluation for debt and equity financings at Sprott Inc. He also worked with IAMGOLD on M&A. Stephen Williams, a metallurgical engineer who is Vice-President of Corporate Development and Investor Relations for Bluestone Resources, has also joined the Genesis board of directors. He previously worked for Canaccord Genuity as a Director of the Metals & Mining investment banking team.

Quebec has earned a reputation as one of the world’s best mining jurisdictions. Now, the province’s Plan Nord has opened up Quebec’s vast north, providing linkages to already exceptional infrastructure in Chevrier’s immediate neighborhood (the Abitibi’s Fancamp Deformation Corridor). The Genesis gold project is near major highways and a rail line, and has a regional road running through it, as well as an airport nearby. The solid infrastructure in a safe jurisdiction tick off two of the main boxes for both investors and potential suitors.

Jeff Sundar, the President of Genesis, is younger than most mining execs. But he has been working in the sector long enough to see cycles come and go. Sundar has also experienced M&A success, in both 2010 & 2018. He was a Director of Underworld Resources, which was acquired by Kinross for $138 million in July 2010 for its White Gold deposit in west-central Yukon (now owned by White Gold Corp). More recently, Northern Empire Resources—where Sundar was on the board—and its Sterling gold project was acquired by Coeur Mining for $117 million.

The program helped Genesis develop a new geological model that laid the foundation for the resource update. Company geologists followed up this past summer with a surface prospecting and mapping program that defined extensions to Main Zone mineralization and identified new target areas. The work was funded by Quebec investment funds that provide assistance to active junior exploration companies in the province.

“Generalist interest is returning to the space,” Sundar said. “People are starting to look at gold and gold equities again. With new team members providing a fresh look at our Chevrier deposit, including the potential for new discoveries, Genesis is well-positioned to capitalize.“

Genesis shares sank as low as 6 cents during tax-loss selling season in December. The stock has since rebounded to the 10-cent level, giving Genesis a market capitalization of about C$8.7 million.

James Kwantes is the editor of Resource Opportunities, a subscriber supported junior mining investment publication. Kwantes has two decades of journalism experience and was the mining reporter at Vancouver Sun, the city’s paper of record.

Disclaimer: James Kwantes owns Genesis Metals shares and Genesis Metals is a Resource Opportunities sponsor company. Readers are advised that this article is solely for information purposes. Readers are encouraged to conduct their own research and due diligence, and/or obtain professional advice. The information is based on sources which the publisher believes to be reliable, but is not guaranteed to be accurate, and does not purport to be a complete statement or summary of the available data. 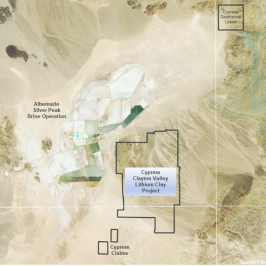 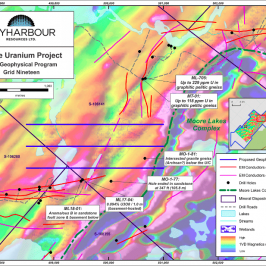 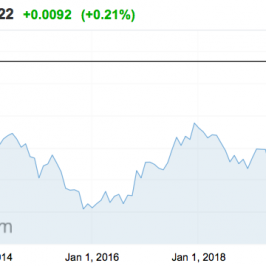 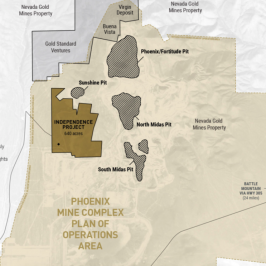 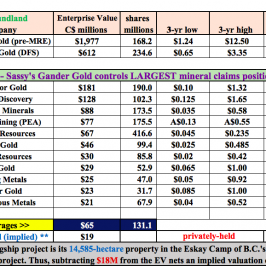 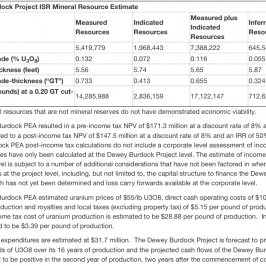