The following article on Scottie Resources (TSX-V: SCOT) is a Guest Post, it was written by Peter Byrne for Streetwise Reports. While the piece speaks for itself, I am compelled to remind readers daily, (hourly!) how important this year’s gain in the gold price is for companies like Scottie Resources.

As described below, Scottie rolled up a meaningful portion of the southern part of the Golden Triangle over the past year. That feat alone is noteworthy, but also consider that the gold price when Scottie was binge buying was US$1,300-US$1,500/oz. As I write this sentence, the price is US$1,886/oz. Therefore, the value of Scottie’s newly acquired properties has increased considerably. Please continue reading for more about the exciting story.

It was in 1989 that Bradley Rourke first traipsed the wilderness of the Golden Triangle located in the cold, sharp-toothed mountains of British Columbia. In the subsequent 30 years, Rourke built a career as a successful real estate, mineral resource & energy investor.

But the wild still calls.

In his current incarnation as president & CEO of Vancouver-based Scottie Resources Corp. (SCOT:TSX.V), Rourke and his scientifically credentialled executive team are managing a checkboard of the hottest old-new mining properties in the metal-rich canyons of the Golden Triangle.

Rourke’s properties are geologically centered around the built-out Scottie Gold Mine, which produced 95,000 ounces of gold in the early 1980s at an average grade of 16.2 g/t. That over-leveraged operation closed when gold prices went south in the 1990s. But Rourke’s due diligence shows that there is more gold flake to be extracted from the historically fertile mine and its tailings—as well as from his newly acquired portfolio of previously unexplored properties. A first round of exploration revealed the tell-tale signs of glitter that makes the Scottie Gold Mine and its fault-strewn environs a productive asset.

A few years ago, Rourke digitized and reviewed the scientific contents of 20 boxes of paper geological surveys that had been gathering dust in the offices of the previous owners of Scottie Gold Mine. In 2017, Rourke went on a Golden Triangle buying spree, quickly increasing Scottie Resources’ initial holding of 660 hectares to 24,589 hectares encompassing nine minable properties. Last year he drilled a few carefully selected holes and the results were stellar.

Since January, the share price of Scottie Resources Corp. (TSX-V: SCOT) has doubled as news of a grab sampling exploratory find of 536 g/t gold in the Domino Zone at the firm’s Summit Lake property reverberated across the minerals industry. The Domino Zone was virgin, it had never been drilled before, and, this summer, bolstered by plenty of cash and scientific analytics, Rourke is drilling more targeted holes. He plans to drill and assay 5,000 meters on the Blueberry vein, the Scottie Gold Mine, and the Domino discovery before the snows blanket the gold fields. The field program includes geophysical work and surface mapping.

Rourke does not intend for his company to mine the promisingly productive veins, rich as they may be. He describes himself as a solidly focused businessman-explorer who prefers to leave the process of extracting gold and silver to the production experts. That said, eight of Scottie Resources Corp.’s Golden Triangle properties are split between two contiguous blocks sharing borders with the experienced miners at Pretium and Ascot Resources.

Rourke and several experienced investors believe that if the company continues on its successful gold-sniffing track, Scottie Resources will become a prime acquisition target. In January, Eric Sprott invested $2 million in shares and warrants for an 11.5% stake in Scottie Resources. And in a private placement in March a Swiss family went in for nearly a million dollars. Rourke has banked $5.7 million in cold cash, and he says that should cover the debt-free company’s exploratory costs for two years. With a market cap of CA$43 million, Scottie Resources’ outstanding 108 million shares now stand fully-diluted at 145 million.

In an interview with Streetwise Reports, Rourke explained his current exploration plans with the kind of enthusiasm you find with brave but careful adventurers, who realize that planning and risk assessment are everything in the business of exploration.

“Mother Nature’s blessed the Golden Triangle with great mineralization, but it’s also rugged with some of the highest snowfalls you’ve ever seen. It’s a challenging area, but the mining infrastructures is night and day since I first set foot in the Golden Triangle.

“There is a decent 40 kilometer road connecting the Scottie Gold Mine to the container-ready port town of Stewart. Heavy equipment can be imported into the region during the working seasons. We have access to the Pretium power transmission line.”

These busy doings attracted the positive attention of several resource investment handicappers, including Epstein Research’s Peter Epstein, who found no downside, writing on June 30, “Scottie’s valuation is attractive, and right in the sweet spot of GT peers. Companies like Skeena, GT Gold, Tudor Gold & Ascot Resources are much larger. I think these four are potential acquirers of Scottie, especially Pretium & Ascot, both of whom share borders with Scottie. By the end of next year, Scottie will have the results from two more drill seasons, possibly putting it in position to deliver a maiden mineral resource estimate.”

And on June 25, Brien Lundin of Gold Newsletter rated Scottie Resources as a Buy, writing that Scottie “remains an attractive speculation on one of this year’s more intriguing Golden Triangle field programs.”

Rourke explicated the rules of his simple business plan. “Scottie Gold Mine still has miles of railed tunnels and a mill, but we are not going to refurbish it, that is for others to consider. We are looking at selling the old tailings from Scottie Gold Mine, though. The lake has receded and the tailings appear to run at an average of 2.2 g/t, and there are at least 160,000 tonnes to winnow. That will add to our operating cash.“

“We are providing a pathway for the large mining concerns to get to work doing what they do best. My geologists are using state of the art science to trace out the gold and silver veins. There is nothing so exciting to a geophysicist as locating that hard liquor rock that no one else has ever tasted. Gold’s going strong right now, and we are debt-free.“

“Most importantly, we have the capital and the expertise to keep exploring a tried and true place where we already know there is a tremendous reservoir of gold.”

Gold Newsletter: The publisher and its affiliates, officers, directors and owner actively trade in investments discussed in this newsletter. They may have positions in the securities recommended and may increase or decrease such positions without notice. The publisher is not a registered investment advisor. Authors of articles or special reports are sometimes compensated for their services.

Epstein Research Disclosures/Disclaimers: The content of this article is for information only. Readers fully understand and agree that nothing contained herein, written by Peter Epstein of Epstein Research [ER], (together, [ER]) about Scottie Resources, including but not limited to, commentary, opinions, views, assumptions, reported facts, calculations, etc. is not to be considered implicit or explicit investment advice. Nothing contained herein is a recommendation or solicitation to buy or sell any security. [ER] is not responsible under any circumstances for investment actions taken by the reader. [ER] has never been, and is not currently, a registered or licensed financial advisor or broker/dealer, investment advisor, stockbroker, trader, money manager, compliance or legal officer, and does not perform market making activities. [ER] is not directly employed by any company, group, organization, party or person. The shares of Scottie Resources are highly speculative, not suitable for all investors. Readers understand and agree that investments in small cap stocks can result in a 100% loss of invested funds. It is assumed and agreed upon by readers that they will consult with their own licensed or registered financial advisors before making any investment decisions.

At the time this article was posted, Scottie Resources was an advertiser on [ER] and Peter Epstein owned shares in the Company. 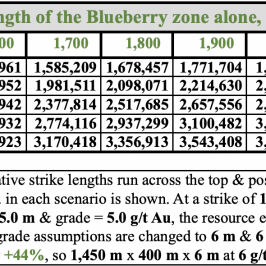 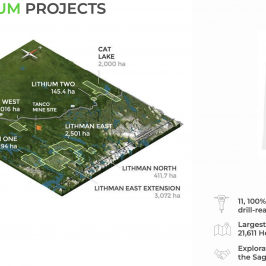 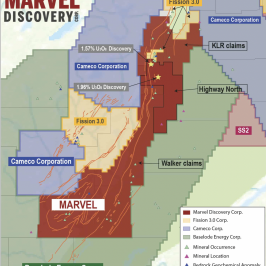 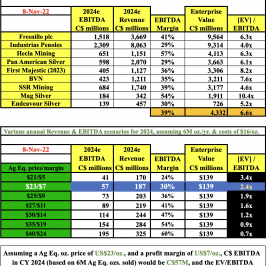 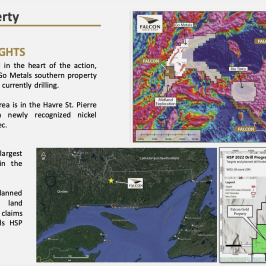 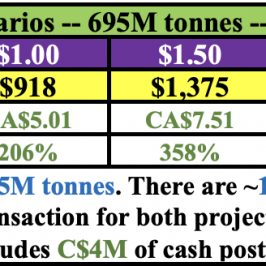