On August 27th, FenixOro Gold Corp. (CSE: FENX) / (OTCQB: FDVXF) announced an analysis of data from a ground magnetometry survey at its Abriaqui project in Colombia. The ground mag data are positive, outlining a 3D image of a significant porphyry target.

Results from this work, plus recent soil sampling, are being used to generate targets for a funded, two phase 6,000 m drill program expected to start in September or October.

The primary target at Abriaqui is a sequence of > 80 narrow, closely-spaced, high-grade veins developed in 500m wide corridors, of which > 20 have assayed 20 g/t+ gold, and up to 146 g/t gold. They outcrop over at least 800 vertical meters with areas of intervening lower grade mineralization.

Abriaqui is at the northern end of a geologic trend where > 80 million ounces of gold have been discovered since 2007. Included in that total is Continental Gold’s Buriticá, Anglo Gold’s Nuevo Chaquiro & La Colosa and Gran Colombia’s Marmato.

Earlier this year, evidence of porphyry-style gold mineralization was found in the discovery of a mineralized surface outcrop. The alteration type & grade identified is typical of gold-bearing portions of mineralized porphyry systems around the world.

Management believes the presence of this small outcrop, in conjunction with a number of similar attributes at nearby high-grade systems, is very encouraging. According to the press release,

“…the development of > 800 vertical meters of narrow high-grade gold veins above & lateral to the modeled porphyry horizon strengthens the analogy to the neighboring multi-million ounce Buriticá system where deep drilling beneath > a km of vertical vein extent is targeting a similar magnetic anomaly.”

Ground magnetics defined a strong, near-surface anomaly measuring about one sq. km. Analysis indicates that it continues on, at roughly the same diameter, to a depth of > 700 m. Already, early on, 1 km length x 1 km width x 700+ m depth = a potentially large deposit.

Importantly, management recently acquired the rights to four key mineral claims, 848 hectares, contiguous to the Abriaqui project. The acquisition, if consummated, would increase the project size by 55% to 1,395 ha.

The cost is one million restricted shares in FenixOro (to be released to seller upon transfer of claims). Regarding the property expansion CEO John Carlesso stated,

“This is an exciting development for both the Company and the local community of Santa Teresa & areas surrounding Abriaqui. For FenixOro this is a significant property addition that adds potential for gold mineralization in the central & northern portions of the project. From the community perspective, this allows for additional employment opportunities, while ensuring that working conditions adhere to the highest environmental & safety standards.”

Abriaqui project could be next billion $ Buriticá, but still early days….

Could FenixOro’s Abriaqui, situated 15 km west at the northern end of the Mid-Cauca gold belt, be the next billion dollar Buriticá? Readers may recall that Continental Gold was acquired for C$1.4 billion by Zijin Mining. The day the deal was announced, gold closed at $1,464/oz. Today’s price is 36% higher!

That’s +212% above the current valuation of ~$40M {not incl. future equity dilution}. So far, there have been no indications that Abriaqui can’t be the next Buriticá. However, it’s still early days. A maiden resource is expected next year.

A recent soil sampling program identified new vein targets that appear to occur along the full extent of the project. This proposed claims acquisition extends that potential to the northwest.

VP of exploration Stuart Moller, who led the discovery team at Buriticá for Continental Gold from 2007-2011. believes the new soil samples show that many more veins will be found with upcoming drilling. How many more? A multiple of the known 80+ is possible, if not likely. Some are expected to have high-grade intervals.

Drill permits have been delayed due to COVID-19, but management now expects them to be issued in September. Once obtained, drilling should start 2-3 weeks later. That means drilling should commence in September / October, with initial drill results in November / December.

Geological characteristics of Abriaqui & Buriticá are very similar. Abriaqui has not yet been drilled, but surface & underground geological mapping & sampling, as well as a preliminary magnetometry survey, have been completed.

FenixOro has huge upside, but a small market cap vs. peers in Colombia

Newmont wanted Buriticá but was outbid by Zijin. AngloGold Ashanti is active in Colombia. B2Gold has an open pit JV with Anglo that’s expected to deliver a BFS next year. Gran Colombia is the largest underground gold/silver producer in the country.

FenixOro Gold (CSE: FENX) / (OTCQB: FDVXF) has everything investors could hope for in the middle of a bull market in gold & silver. High-grade potential, one of the nearest (15 km) meaningful deposits to one of the best gold projects on the planet.

Most juniors require multiple drill programs (and capital raises) to get an idea of what their properties might hold. However, due to the nature of FenixOro’s project, near giant Buriticá, and given that the two projects share geological characteristics, upcoming drill results should give investors good visibility on the Company’s prospects.

Near-term results with a possibility of new discoveries in the next three months. Well funded into 2021 (unless strong results warrant raising additional capital for an expanded drill program).

The broader area in Colombia surrounding Buriticá has fewer than 10 pre-production gold-silver juniors with market caps > C$5M. Of those, only a few are worth considering as investments. Compare that to Canada’s Golden Triangle with > 40 names to choose from. Strong drill results later this year would be a game-changer for FenixOro.

In addition, the exciting news from Buriticá soon to be commencing production — plus exploration, development & expansion updates from regional peers & producers — will draw even more attention to the compelling risk / reward investment proposition that FenixOro Gold Corp. offers.

Disclosures: The content of this article is for information only. Readers fully understand and agree that nothing contained herein, written by Peter Epstein of Epstein Research [ER], (together, [ER]) about FENIXORO GOLD CORP., including but not limited to, commentary, opinions, views, assumptions, reported facts, calculations, etc. is not to be considered implicit or explicit investment advice. Nothing contained herein is a recommendation or solicitation to buy or sell any security. [ER] is not responsible under any circumstances for investment actions taken by the reader. [ER] has never been, and is not currently, a registered or licensed financial advisor or broker/dealer, investment advisor, stockbroker, trader, money manager, compliance or legal officer, and does not perform market making activities. [ER] is not directly employed by any company, group, organization, party or person. The shares of FENIXORO GOLD CORP. are highly speculative, not suitable for all investors. Readers understand and agree that investments in small cap stocks can result in a 100% loss of invested funds. It is assumed and agreed upon by readers that they will consult with their own licensed or registered financial advisors before making any investment decisions.

At the time this article was posted, FENIXORO GOLD CORP. was an advertiser on [ER] and Peter Epstein owned shares in the Company. 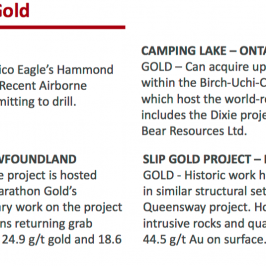 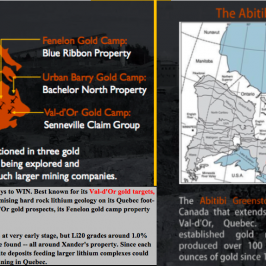 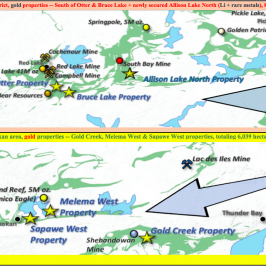 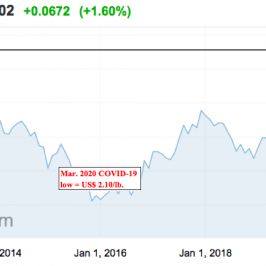 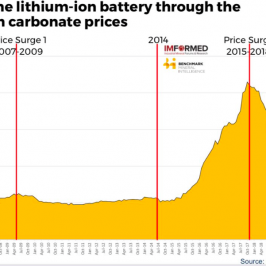