All figures in US$, unless indicated as C$.

“We’re extremely pleased with the results of our maiden PEA for the GH ISR project. The PEA demonstrates robust economics and expands future production into the state of Wyoming, which has a long history of successful ISR operations. The results further validate our Company’s strategy of developing low-cost ISR projects as we continue to progress our flagship Dewey Burdock project towards construction. With uranium markets in a structural deficit, Azarga Uranium is exceptionally well positioned to capitalize on the anticipated recovery in the uranium price through two tier one, development-stage ISR uranium projects in the U.S.”

Projected cash flows for the GH project are positive in the first year of production, two years after the commencement of construction. Initial cap-ex is estimated at $26.0M. Total pre-tax cost of production was estimated to be $28.20/lb. Uranium recovery was assumed to be 80%.

From 1953 to 1988 many companies explored, developed & produced uranium in the GH district, including on lands now controlled by Azarga. Three uranium mills have operated in the district and two other nearby mills were fed by ore mined from the GH district. Cumulative production in the area is > 100M pounds, mainly from open-pit mining, but also from underground mining & ISR.

The GH project contemplates a satellite plant development approach with final processing at a central processing facility to be constructed at Azarga’s DB mine site. Construction of GH will consist primarily of well fields in four resource areas, connected by pipelines to a single location containing the ion-exchange equipment used to extract uranium from produced well field fluids.

Ion exchange resin will be shipped to the DB project site for uranium stripping & regeneration. A dried yellowcake will be produced at DB. The average project flow rate was estimated at 2,400 gallons/minute, with an average head grade of 97 ppm for an annual production capacity of 1.0M pounds U3O8.

At a long-term contract price of $65/lb., Azarga would be trading at 16.5% of its combined after-tax NPVs. There are a handful of companies that would love to acquire C$308-$424M worth of NPV in the U.S. Energy Fuels, Uranium Energy Corp. [UEC], UR-Energy, Peninsula Energy & Encore Energy instantly come to mind. These five have an avg. EV of ~C$420M, 6x larger than that of Azarga.

Other (less likely) companies that might care about Azarga include African uranium players like Paladin Energy ltd., Global Atomic, Deep Yellow & Bannerman Resources. These four have an avg. EV of ~C$310M. Each has vast uranium market experience, some with past production, including industry-leading experts sitting on mgmt. teams & boards. However, Africa’s a tough place to operate and grades are typically very low.

Having two projects in close proximity facilitates operating synergies, most notably the benefit of sharing a central processing plant. Economies of scale would further improve the financials. Mgmt. gains significant operating flexibility by having multiple sites feeding a single plant. Instead of 1M pounds/yr. of uranium production, 2 or 3M pounds/yr. could be the number in the second half of the decade.

Some projects, with low grades and/or very remote locations — in tough mining jurisdictions — need $65-$75/lb. uranium to thrive. That’s more than double today’s spot price of ~$32/lb. AND, most juniors will not reach commercial production in the next 3-5 years {they risk missing the boat!}. By contrast, Azarga’s DB & GH projects can do very well at just $45-$50/lb. DB should be ready to start production in 2023 or 2024.

Increasingly, uranium mgmt. teams & sell-side analysts are saying that although average prices over the next 20 years might be $55-$60/lb., the next decade could see prices well above that. Only near-term producers like Azarga would be in position to lock in contracts @ $60+/lb. Producing 2.5M pounds/yr. at $60/lb. would generate cash flow of ~C$72.5M.

Near-term producers will have the financial flexibility to acquire third-party satellite deposits. There are dozens of stranded deposits of uranium, especially in Wyoming, that Azarga can potentially look at securing. If properties can be obtained, Azarga could increase the capacity of its processing plant to produce > 3M pounds/yr.

U.S. production for U.S. consumption will be in high demand for years to come, so the cost of expansion will be manageable. Cash flow should be strong. I’m not saying that 3M+ pounds/yr. is coming anytime soon (if at all). But, only players like Azarga have a decent shot at near-term greatness. Operating in the U.S. is an added bonus.

Disclosures: The content of this article is for information only. Readers fully understand and agree that nothing contained herein, written by Peter Epstein of Epstein Research [ER], (together, [ER]) about Azarga Uranium, including but not limited to, commentary, opinions, views, assumptions, reported facts, calculations, etc. is not to be considered implicit or explicit investment advice. Nothing contained herein is a recommendation or solicitation to buy or sell any security. [ER] is not responsible under any circumstances for investment actions taken by the reader. [ER] has never been, and is not currently, a registered or licensed financial advisor or broker/dealer, investment advisor, stockbroker, trader, money manager, compliance or legal officer, and does not perform market making activities. [ER] is not directly employed by any company, group, organization, party or person. The shares of Azarga Uranium are highly speculative, not suitable for all investors. Readers understand and agree that investments in small cap stocks can result in a 100% loss of invested funds. It is assumed and agreed upon by readers that they will consult with their own licensed or registered financial advisors before making any investment decisions.

At the time this article/interview was originally posted, Peter Epstein owned stock options in Azarga Uranium and the Company was an advertiser on [ER]. 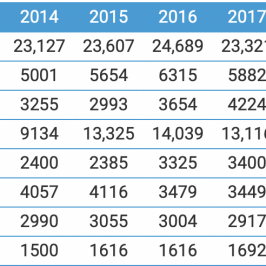 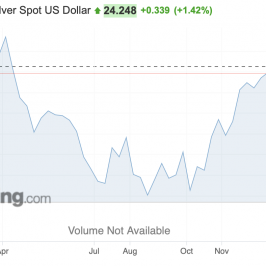 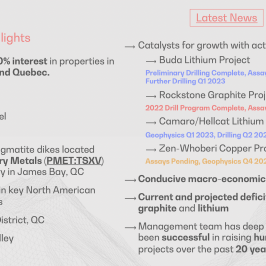 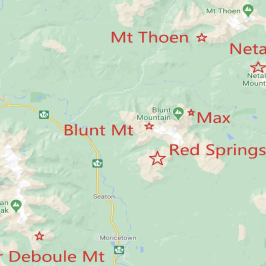 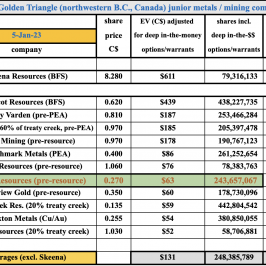