Initial holes this year are targeting veins mapped at surface with widths up to five meters and surface vein swarms / stockworks with total widths up to 15 – 20 m. There’s real potential for a significant expansion of last year’s discovery to the south, east and at depth.

“The diamond drill is turning at WM on veins & swarms featuring widths significantly greater (and at lower elevation) than those intersected in our six highly encouraging maiden holes in 2020. This will give us a much deeper ‘look’ into the WM intrusive & the quartz veins which penetrate it. Crews are following up on promising preliminary results of the recently completed property-wide VTEM Survey, and we’re confident it will generate fresh drill targets later this season and beyond.”

Mgmt. plans to aggressively follow up at WM, one of most promising of 12 targets contained in three areas of interest at FM. FM is in northwestern B.C.s famous Eskay camp (in the heart of the Golden Triangle).

Strong results from any of those programs, (~160,000 m / hundreds of holes), will attract a lot of attention to the Eskay camp / Golden Triangle, greatly benefiting Sassy.

The FM project is 2-4 drill seasons behind the much larger players mentioned above, but no less promising. Over the past three years, Tudor, Skeena & Eskay Mining are up an average of +2,100%!! from their respective lows, (gold averaged $1,560/oz. over that period).

Today, with gold at ~$1,818/oz., the valuation of Sassy’s Eskay Camp project could soar from ~$15M. In coming years, it could (potentially) grow into the realm of more advanced Golden Triangle names like American Creek, Doubleview Gold & Goliath Resources (avg. EV of $95M).

I estimate FM’s value based on it being half of Sassy’s Enterprise Value {market cap + debt – cash} of ~$30M. Sassy has $7M in cash; $3M at the corporate level + $4M at its Newfoundland subsidiary Gander Gold.

“Armed with data gathered during the 2020 field season and our recently completed VTEM survey, we now know the WM intrusive is much larger than originally thought and coincident with some significant economic deposits in the region.”

Like in B.C.’s Eskay camp, Sassy/Gander Gold has a formidable position in a world-class mining jurisdiction. I ascribe half of the Company’s EV to this large, high-quality footprint.

Comparing company land packages by size alone is dubious if one parcel is much less explored / considerably less prospective / much more remote, than another. However, in the case of Newfoundland, experts believe there’s a staggering amount of high-grade gold yet to be discovered.

There will almost certainly be several gold mines built on the island in the next 10-15 years.

Look at the map…. how is Sassy/Gander Gold’s land package not valued higher?

Some of Sassy/Gander Gold’s properties are squarely in the center of the fairway. In looking at a map of central Newfoundland, one would be hard pressed not to consider the Gander North & Mt. Peyton properties to be hugely prospective.

Mr. Ryan is a foremost expert in Newfoundland and is assisting a handful of public companies including Labrador Gold, Leocor Canstar Resources & C2C Gold.

“Newfoundland is in the midst of a modern-day gold rush, based on substantial new gold discoveries. The key to these discoveries is structure. The ground that Sassy/Gander Gold acquired [from me] was specifically staked based on proximity to key regional structures. Each property — from Mt. Peyton, BLT, & Gander North to Cape Ray II — covers robust structures that have seen very limited or no gold exploration.”

Sassy has not one, but two company-making project portfolios, one in the Eskay Camp of the world famous Golden Triangle in B.C., the other in the hottest Canadian mining district of Newfoundland. Both project areas are in the heart of the action, not long-shot fringe properties.

Management, led by CEO Mark Scott and a very talented team of prospectors & P. Geos, is well-funded to pursue both Canadian coasts concurrently, which will generate impactful press releases in coming months. Both areas could be worth a lot more than the approximate market valuation of ~C$15M each.

How much more is anyone’s guess, but there are dozens of peers in the Golden Triangle & Newfoundland (and players anxious to enter those jurisdictions), willing & able to partner with, or try to acquire, Sassy Resources.

However, make no mistake, the Company’s not for sale anytime soon, not before a few years of robust exploration, on both coasts. Mark Scott, Shawn Ryan & Eric Sprott are convinced that it’s still early days in Newfoundland.

Properties in the high-grade Eskay Camp of the Golden Triangle can be some of the most valuable in the world. Sassy’s Foremore project is sizable and is surrounded by industry giants Newmont (recently acquired GT Gold), Seabridge, Teck Resources, Newcrest, Pretium, Centerra and pure-play well-advanced juniors Skeena, Tudor Gold & Ascot Resources.

Disclosures: The content of this article is for information only. Readers fully understand and agree that nothing contained herein, written by Peter Epstein of Epstein Research [ER], (together, [ER]) about Sassy Resources, including but not limited to, commentary, opinions, views, assumptions, reported facts, calculations, etc. is not to be considered implicit or explicit investment advice. Nothing contained herein is a recommendation or solicitation to buy or sell any security. [ER] is not responsible under any circumstances for investment actions taken by the reader. [ER] has never been, and is not currently, a registered or licensed financial advisor or broker/dealer, investment advisor, stockbroker, trader, money manager, compliance or legal officer, and does not perform market making activities. [ER] is not directly employed by any company, group, organization, party or person. The shares of Sassy Resources are highly speculative, not suitable for all investors. Readers understand and agree that investments in small cap stocks can result in a 100% loss of invested funds. It is assumed and agreed upon by readers that they will consult with their own licensed or registered financial advisors before making any investment decisions.

At the time this article was posted, Sassy Resources was an advertiser on [ER] and Peter Epstein owned shares & warrants in the Company. 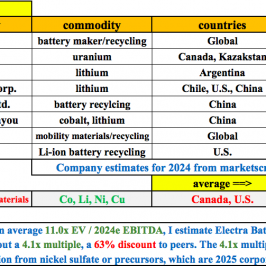 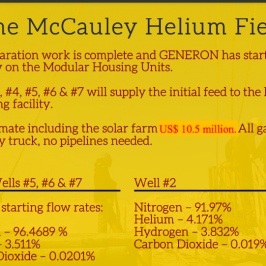 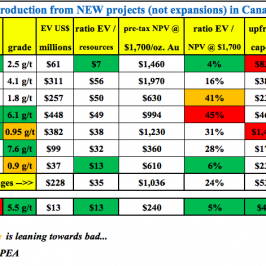 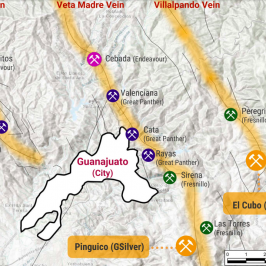