Portofino Resources (TSX-V: POR) (OTCQB: PFFOF) is an unknown junior mining story, but that’s about to change. This is a company controlling two gold projects, plus three gold properties in Canada. These five gold prospects alone are worth more than the current valuation of $11M.

In bull markets, properties that are 15 km from a blockbuster project or mine can be worth a lot. Due to ultra-low impurities, coupled with very high grade, Neo’s 3Q project is arguably the single best brine asset in the world.

While there’s no assurances that Yergo will host either a high-grade or a low-impurity deposit, being 15 km from a Li carbonate processing plant makes Yergo a possible satellite deposit. Brine could be concentrated and then sent by pipeline to Neo’s facilities.

Drill results at Yergo are expected by January, giving readers time to accumulate shares of Portofino before then. There’s no knowing what the drill bit will deliver, but I’m confident that Li prices will remain very strong well into 2022, perhaps even higher than today’s levels. That means many Li juniors will continue to rally.

When Li prices are hot, one thinks of Portofino as a Li play. When gold’s hot, it’s a gold play. What if both gold & Li are in the midst of multi-yr. bull markets? That’s what I think we’re looking at, yet the Company is valued at just C$11M.

I believe the assets of this company could be split into two valuable investment vehicles. The Li projects in one, and five gold properties in the other. Both of these vehicles would possibly enjoy valuations in the ten(s) of million(s) of dollars.

The universe of prospective acquirers of Li projects that could host 1M+ tonnes LCE contains a lot of names and the groups are very large. OEMs, battery makers, giant Li producers….

Good-quality Argentinean brine projects are in high demand. Clearly, not all projects in Argentina are world-class. Most aren’t. Investors will know a lot more about Yergo in 3 or 4 months. The above listed 11 Li players are valued at between C$250M (Galan) & C$254 billion (CATL).

Switching to Portofino’s N. Ontario lithium project Alison Lake — a hard rock prospect — I’m quite bullish here as well. I guess there’s something about Li spot prices in China quadrupling since Aug. 2020 that has me excited.

Granted, the surrounding companies are not nearly as large as Neo Lithium, but if several were to delineate million(s) of tonnes of 1.00%+ Li2O, that could add up to something worth mining, or at least be ore that a large regional player might covet.

Depending on drill results, Portofino’s Alison Lake could be a satellite deposit or standalone mine scooping up the other’s deposits. To be clear, drill results could return sub-economic grades and/or interval widths.

Based on where other juniors that have reported resource estimates are trading, {see chart below} I believe Alison Lake could initially command a value of roughly C$200-C$400/Mt of Li2O. Therefore, at the midpoint, each 100,000 tonnes of Li2O could be worth C$30M.

On the bottom row of the chart, I show Portofino as if it had 1/4 the average size (total tonnes) of the six listed (earlier-stage) peers + the same avg. grade. In that scenario, if Alison Lake were valued at C$20M, it would be trading at $287/Mt of Li2O — inline with peers.

As a reminder, the names in the chart have NI 43-101 or JORC compliant resources, Portofino has no defined resource.

As Alison Lake advances, the value of its in-situ lithium could rise above C$400/Mt, especially if the valuations of peers continue to climb. All we need is one highly successful player (Rock Teck?) to make nearby, high-quality deposits viable.

So far I’ve written breathlessly about my love for lithium — one of the best performing metals since last year’s lows. Did I mention the China spot price has quadrupled? Portofino is more than just lithium. It has 2 meaningful gold projects & 3 gold properties, all in Canada.

Significant gold mineralization has been traced along a 1.5 km strike length with grab samples returning values up to 759 g/t (OGS property visit) and diamond drill intersections by Golden Share Mining in 2008 of up to 2.3 g/t over 8.3 m. Visible gold occurs within the mineralized veins.

The 5,363 ha South of Otter property is in the ​same​ mineralized belt that host​s​ world-class Red Lake gold deposits​ such as ​the Dixie project, being ​aggressively ​drilled by Great Bear Resources.

​In Aug. 2020​, Portofino reported results from grab samples​ of​ 18.0 g​/t ​& 8.​2​ g/t gold. Historical work includes prospecting, sampling, geophysical surveying ​&​ diamond drilling. The Company believes the lack of detailed work is an opportunity to conduct meaningful programs that may be guided by successes of neighbors.

In addition to these promising gold projects, there are three gold properties, also in Ontario, that can be reviewed here.

With Portofino Resources (TSX-V: POR) (OTCQB: PFFOF), there are four ways to win. Both of the Company’s gold projects have high-grade showings in the prolific gold camps of Atikokan & Red Lake in Ontario. Impactful discovery holes could be drilled on either or both projects next year.

The more exciting near-term opportunities are the two Li projects in Ontario & Argentina. All eyes are on Argentina’s brine plays after three major acquisitions in the past six months. Yergo in Catamarca province is large enough to host multiple-million tonnes of lithium carbonate.

If the grade can be delineated as 500+ ppm mg/Li, Yergo could be worth a multiple of Portofino’s entire valuation of C$11M. In Ontario, there are 7-8 publicly-traded companies hosting one or two Li projects.

Much larger players like Australia’s Sayona Mining & Piedmont Lithium are looking closely at Canadian hard rock Li projects, both having made recent investments. News flow should pick up over the remainder of the year.

Disclosures / Disclaimers: The content of this article is for information only. Readers fully understand and agree that nothing contained herein, written by Peter Epstein of Epstein Research [ER], (together, [ER]) about Portofino Resources, including but not limited to, commentary, opinions, views, assumptions, reported facts, calculations, etc. is to be considered implicit or explicit investment advice. Nothing contained herein is a recommendation or solicitation to buy or sell any security. [ER] is not responsible under any circumstances for investment actions taken by the reader. [ER] has never been, and is not currently, a registered or licensed financial advisor or broker/dealer, investment advisor, stockbroker, trader, money manager, compliance or legal officer, and does not perform market making activities. [ER] is not directly employed by any company, group, organization, party or person. The shares of Portofino Resources are highly speculative, not suitable for all investors. Readers understand and agree that investments in small cap stocks can result in a 100% loss of invested funds. It is assumed and agreed upon by readers that they will consult with their own licensed or registered financial advisors before making any investment decisions.

At the time this article was posted, Portofino Resources is an advertiser on [ER] and Peter Epstein owned shares in the Company. 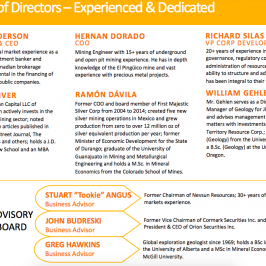 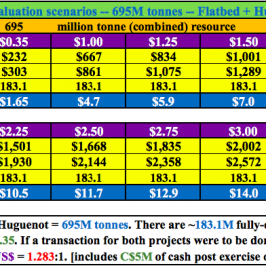 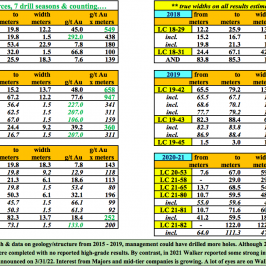 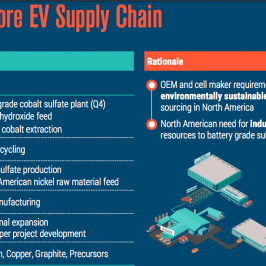 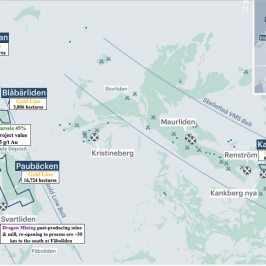